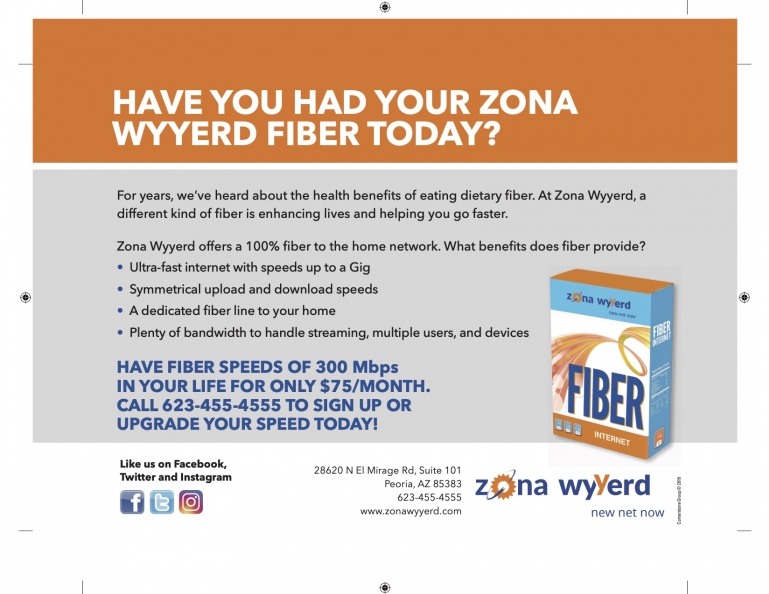 As metro Phoenix grew toward the Northwest, Zona began serving new subdivisions and has been one of the fastest growing independent telecom providers in the United States.

Zonas formula for success rests on two principles, superior technology, and excellent customer service. Zona was an early adopter of world-class broadband via fiber-to-the-home networks with our first deployment in 2004.

Local technical support and customer service teams keep a vigilant watch over the customer base to make certain that our users broadband experience is second to none.